This week in English, after writing two further information paragraphs, we carried out the final edit of our dinosaur non-chronological reports. We agreed on a list of 'non-negotiables' (punctuation, interesting verbs and adverbs, expanded noun phrases and interesting openers) that had to be included in our work. We than carried out the publishing process where we planned and and wrote up our information in the form of a leaflet/poster.

In Maths we continued our multiplication work. We investigated how we can use the multiplication calculations we know to help work out the ones we don't. We used the associative and distributive laws to help us. We made use of resources to create arrays to model our working out and then recorded them in our books.
This week we finished off our Science unit of 'Rocks and Fossils'. We started the week by testing the hardness of a selection of rocks by investigating to see if we could scratch them with (1) our fingernail, (2) sandpaper and (3) an iron nail. We recorded what we found on a chart. Our results varied but our overall conclusion was that metamorphic rocks, such as slate and marble, are the hardest and sedimentary rocks, such as limestone and sandstone, are the softest.

Science - Fossil or Not a Fossil 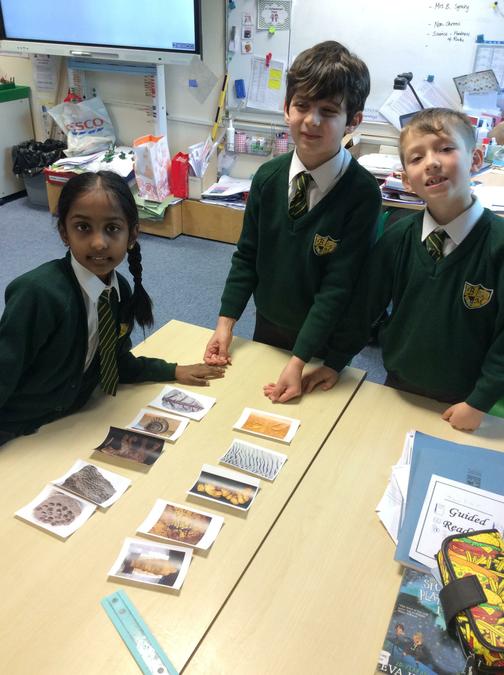 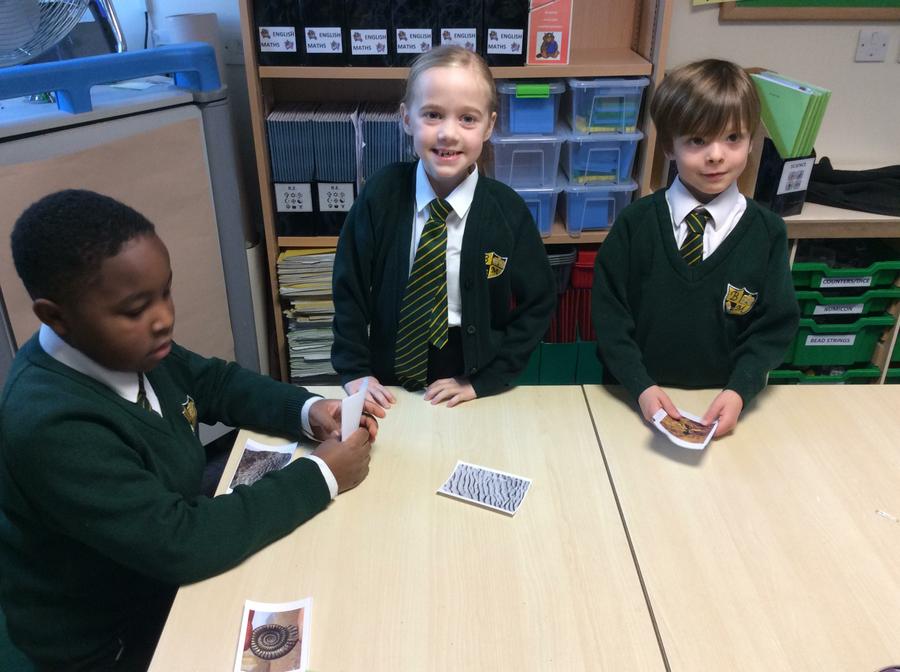 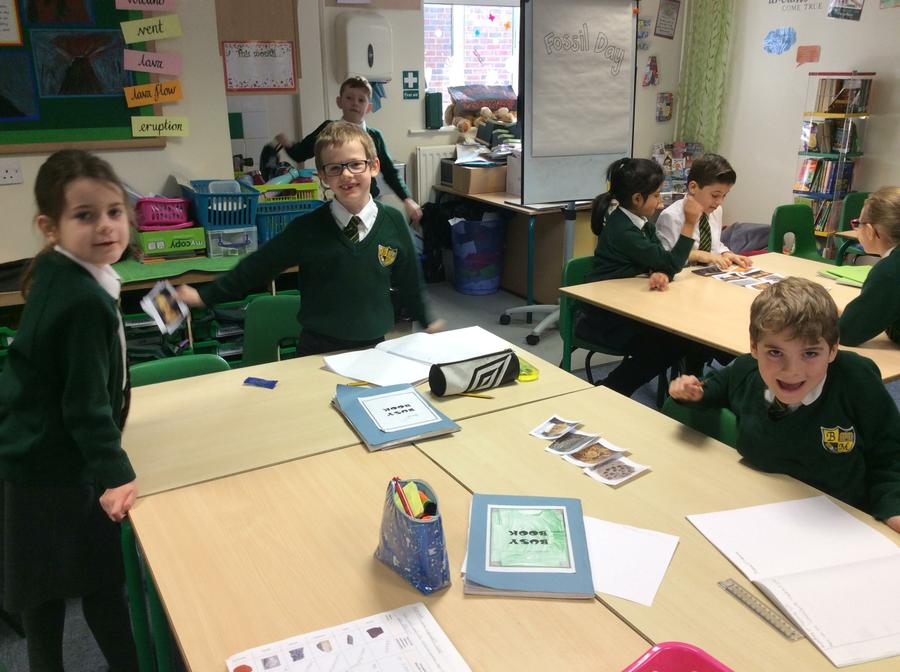 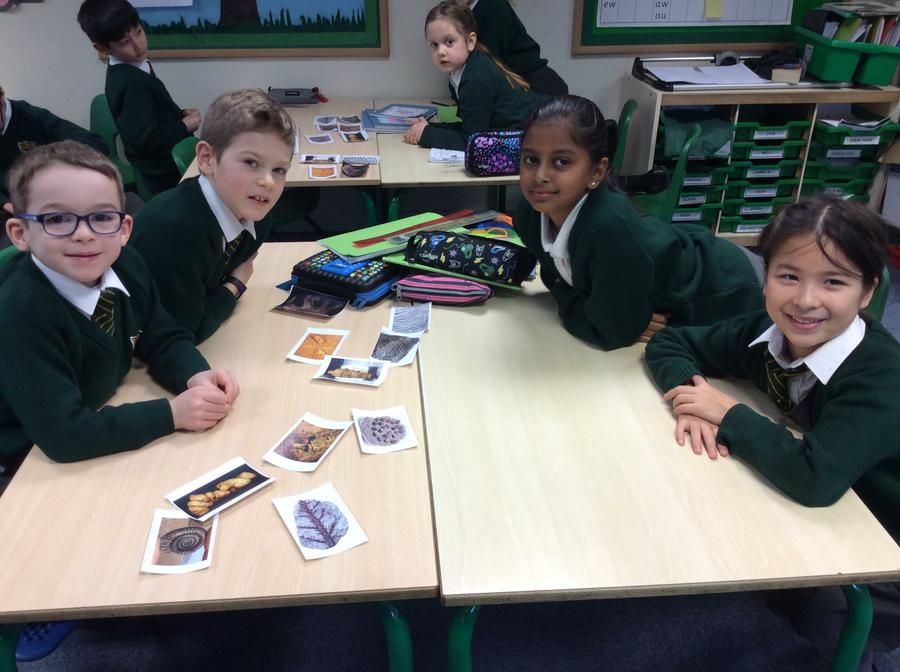 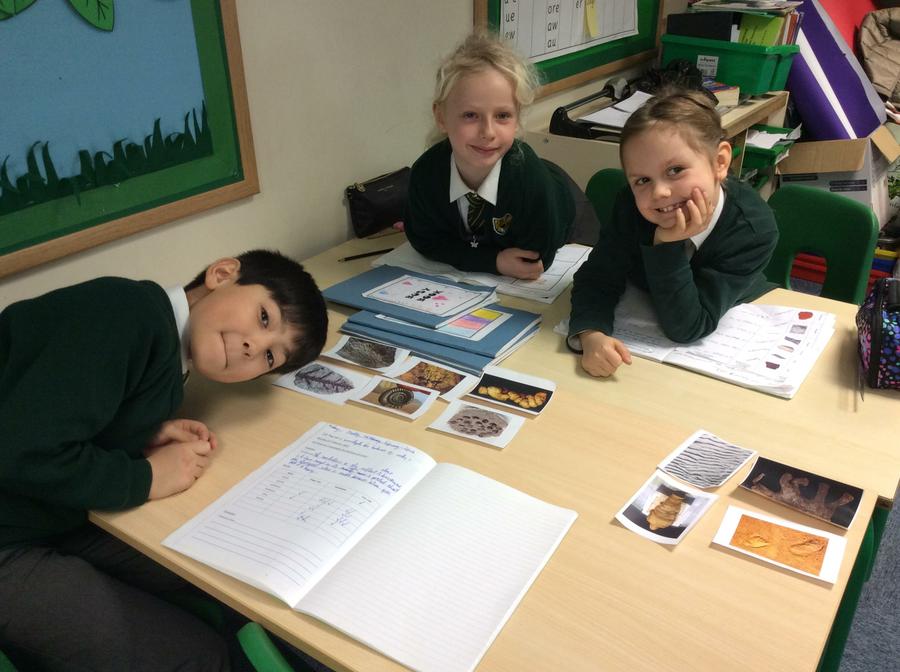 Science - Testing the hardness of rocks 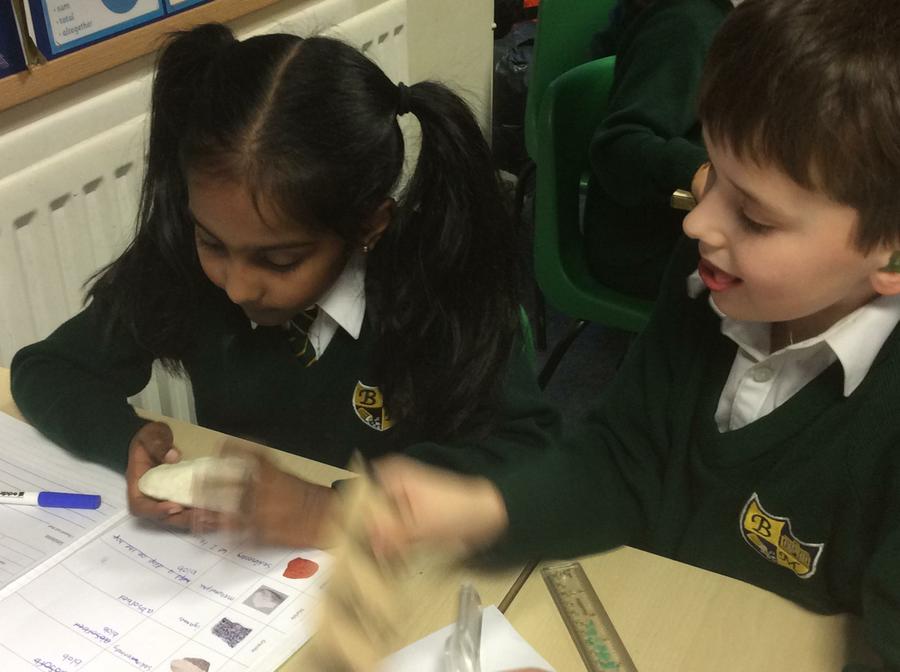 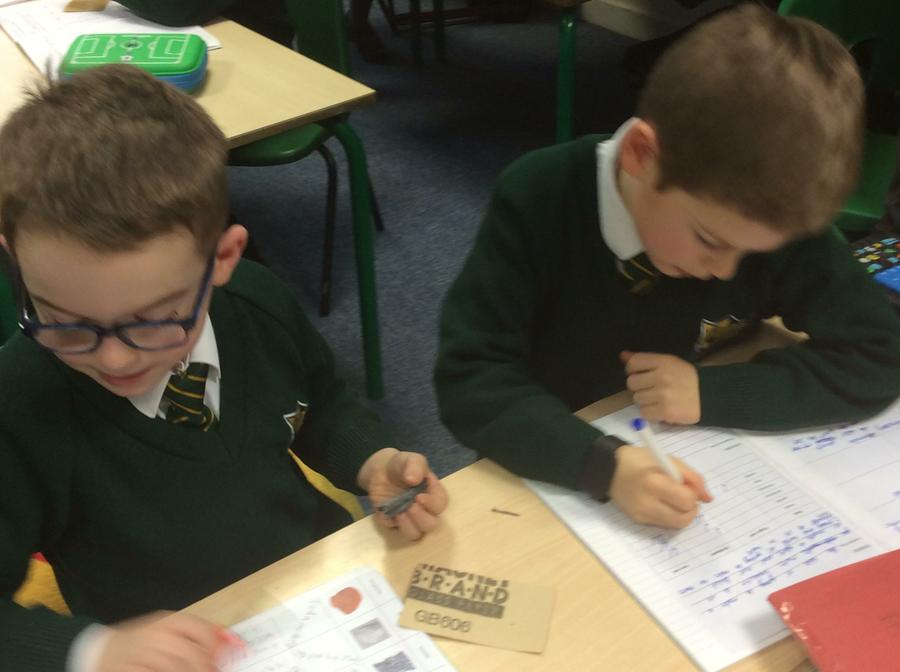 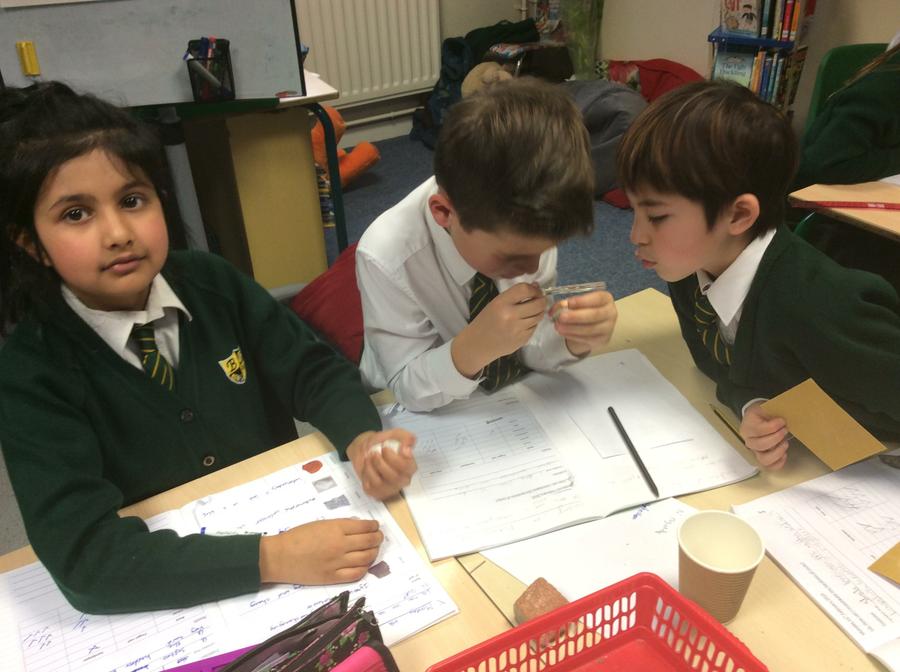 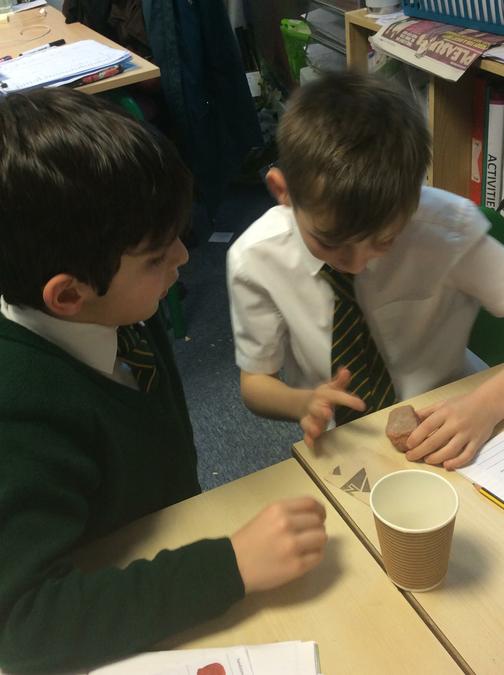 In Art this week we were all very excited (including the teachers!) because we used clay. On Thursday afternoon all of Year 3 worked together in the dining hall. We used a grey buff clay and tried out a range of clay skills. We learned how to make a lump of clay into a sphere and flatten it out; how to attach pieces of clay together by scratching the surface and wetting; how to roll a coil and how to impress designs using a selection of tools. Our practice pieces looked like miniature sculptures. We then used our skills to decorate thumb pots we had made. 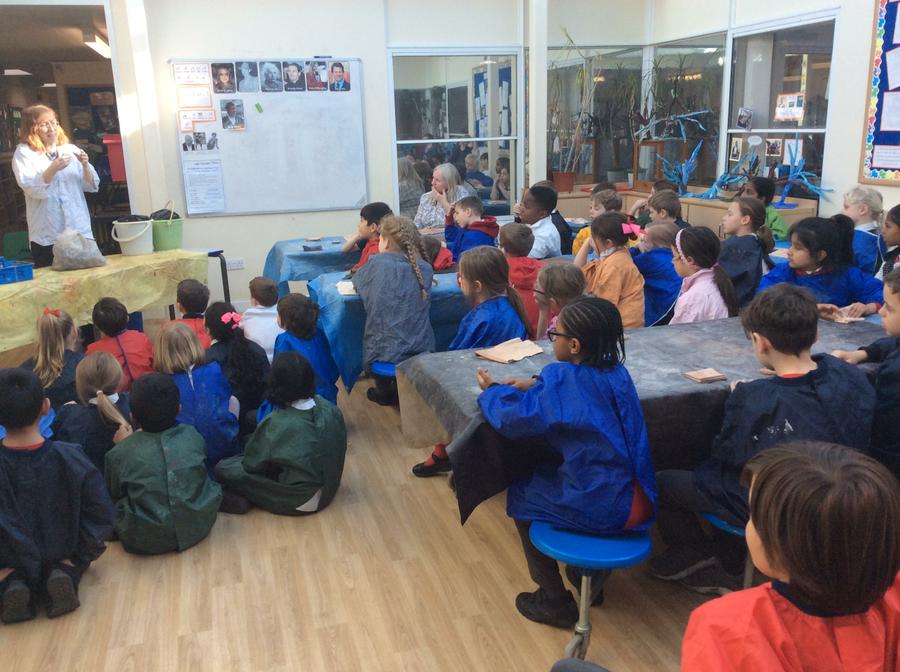 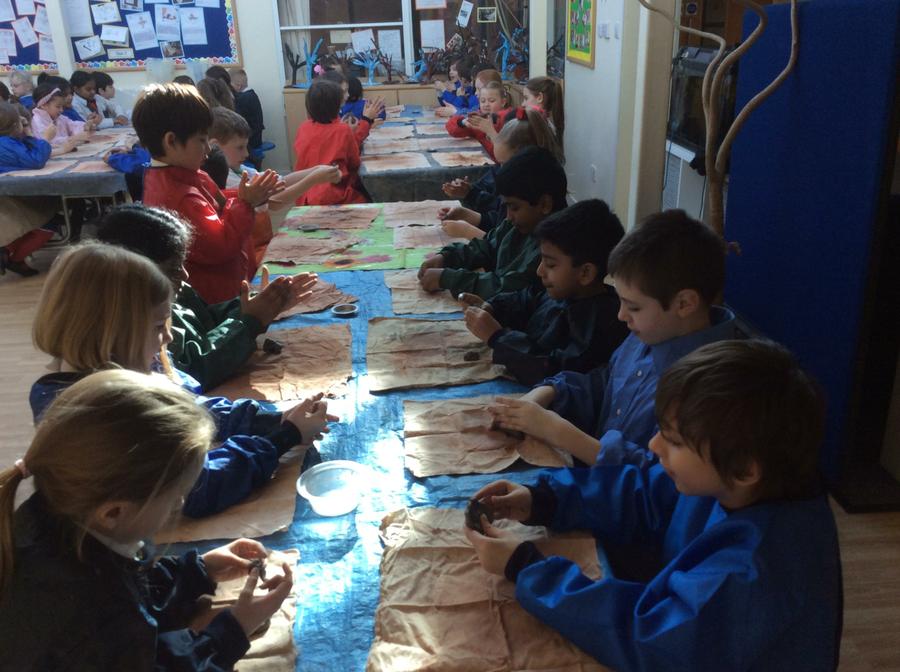 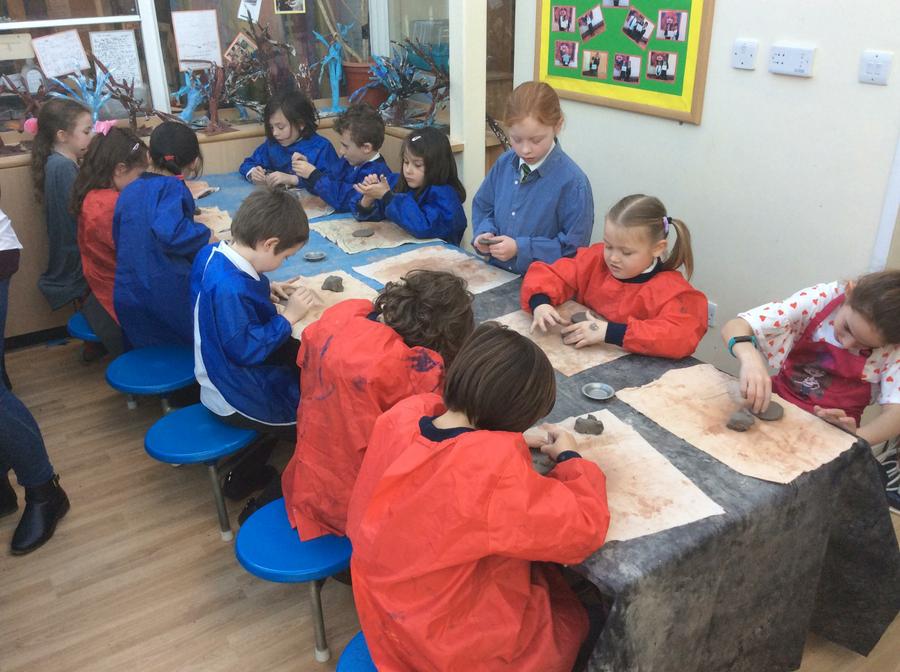 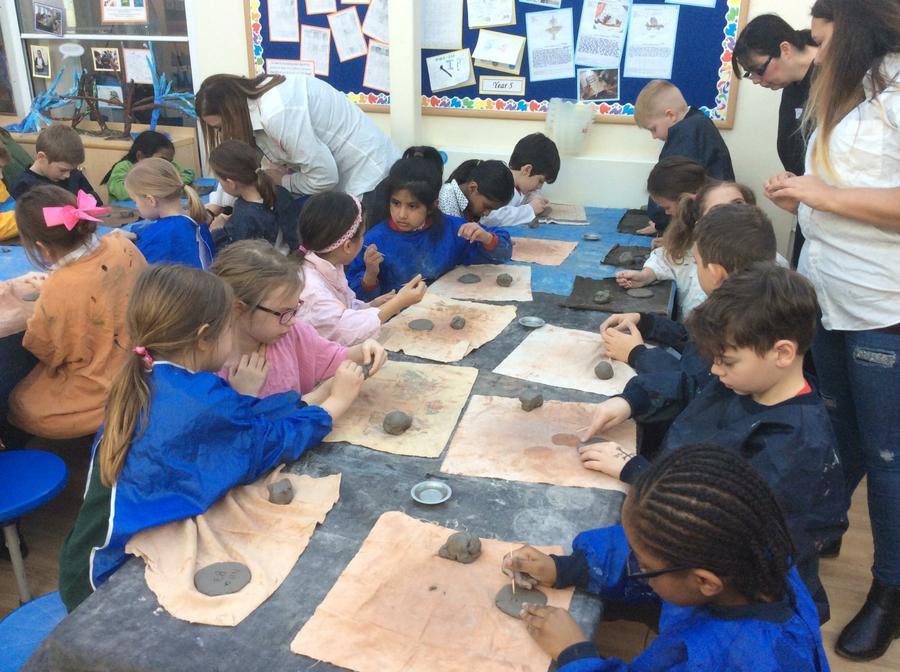 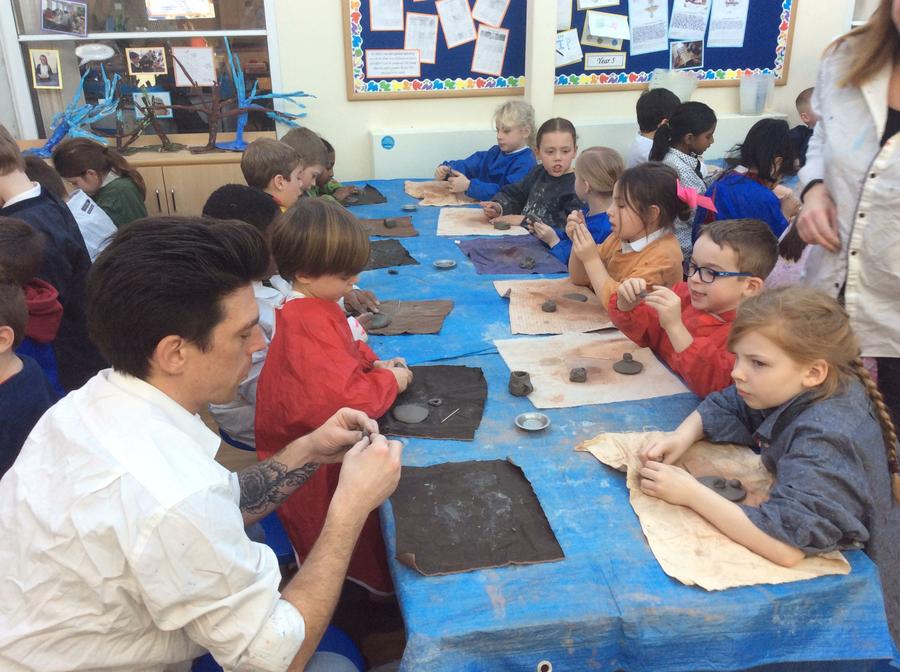 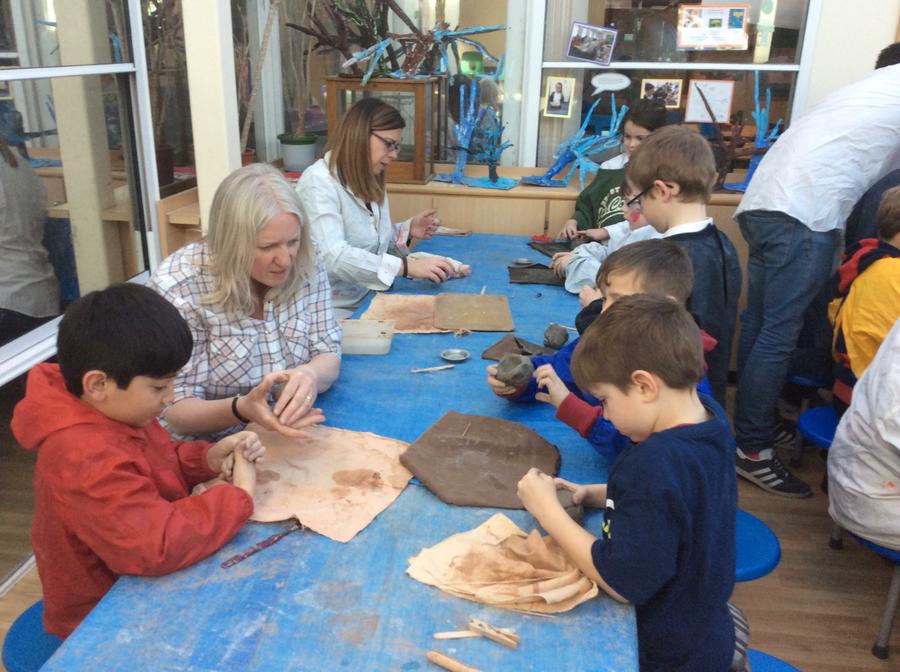 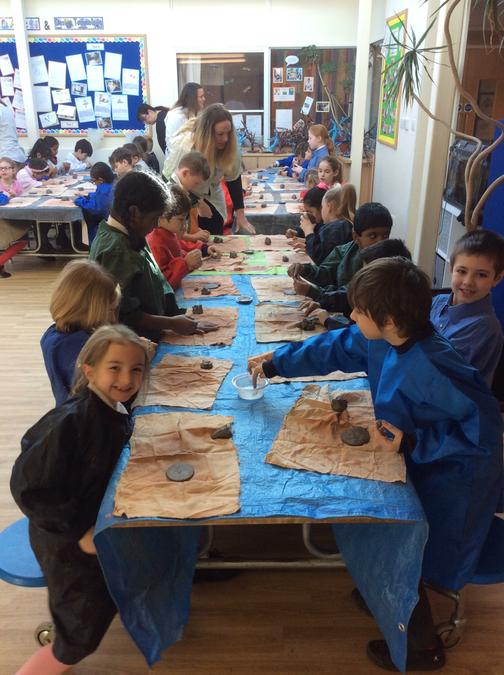 On Friday it was FOSSIL DAY!

We started the day by sorting a set of picture cards into two groups; fossils or not fossils. After that, we watched a video clip about how fossils are formed and had to use the information to create a storyboard explaining the process.

A really enjoyable part of the day was the fossil dig. In groups, we went outside and used trowels and brushes to search for fossils and rocks at our own archaeological dig site. With guidance from Mrs Sherwood and Mrs Wardell, we found a variety of items including small rocks, bones and fossils. It was all very exciting!

Finally, after lunch, we had another clay session. This time, we used red terracotta clay which was messier than the buff clay (see Joe's face in the picture below!

). We used our new skills to make an ammonite and then our very own dinosaurs. All of our clay work will need time to air-dry and then it will be fired (to a temperature of 1,200°C) in our kiln. A huge thank you to all our parent helpers over both days. We couldn't have done it without you

We can hardly believe that we have reached the end of another half term and are halfway thorough Year 3; where has the time gone?! We are looking forward to next half term with plenty of exciting work, activities and events to look forward to. 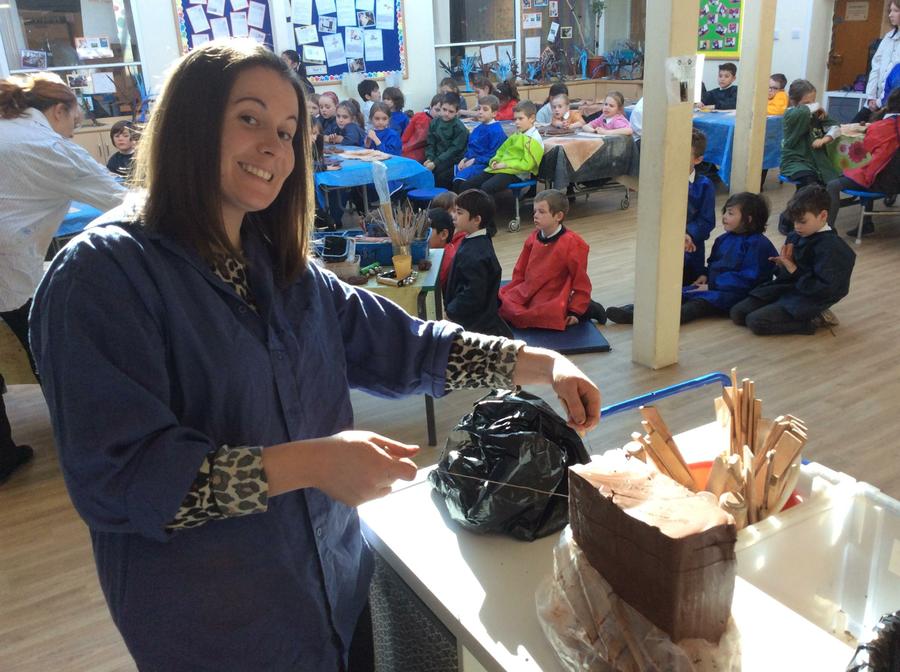 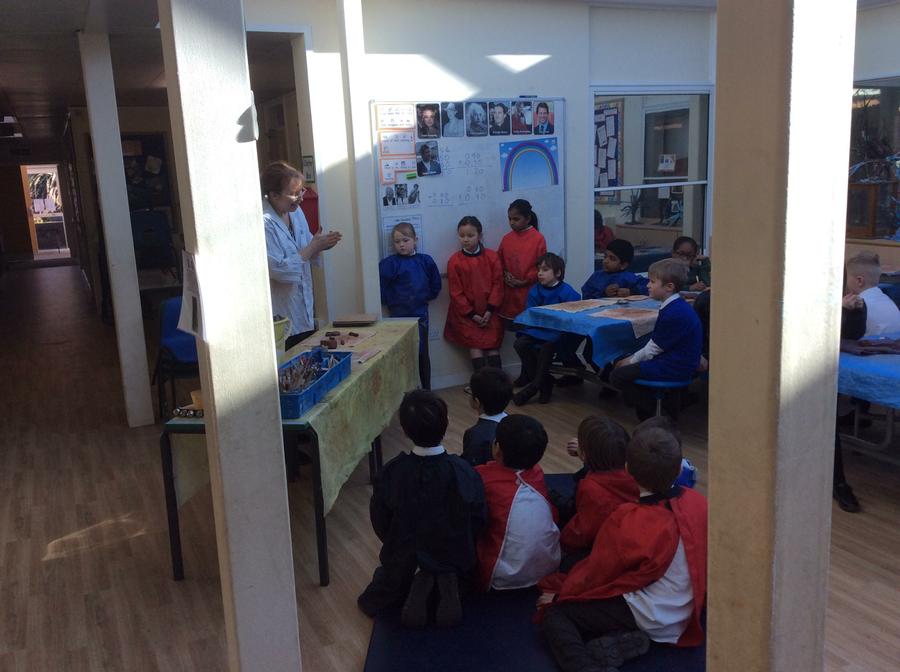 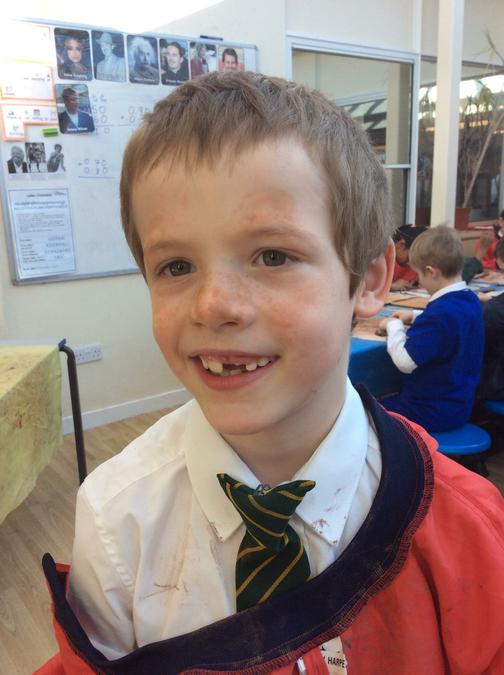 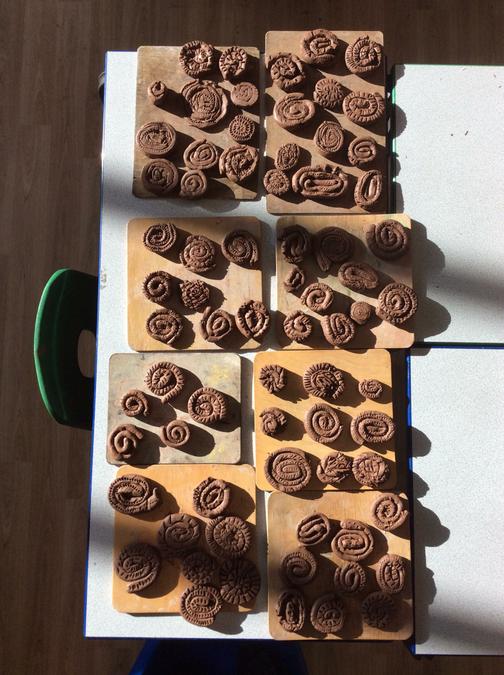