Well, what a fantastic week we've had!! This week has been all about Science; we've planned, investigated, evaluated and come to conclusions. Here's a taster of what we have done.

The week began with a visitor in Assembly. Rosie told us all about how animals have evolved over time, starting from so long ago it is difficult to imagine. During the following workshop we used role-play, drama and freeze-frames to represent animals. 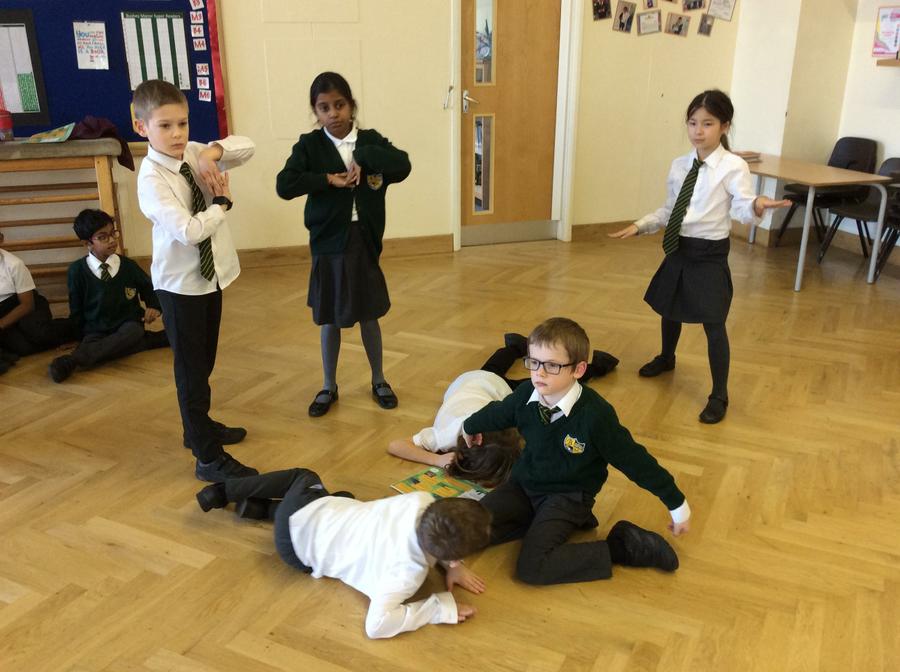 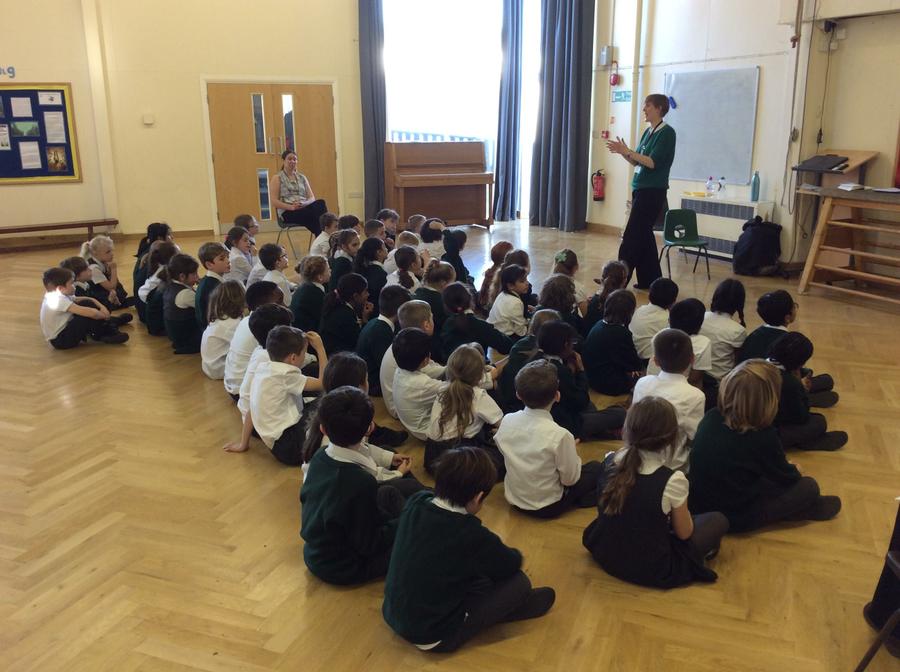 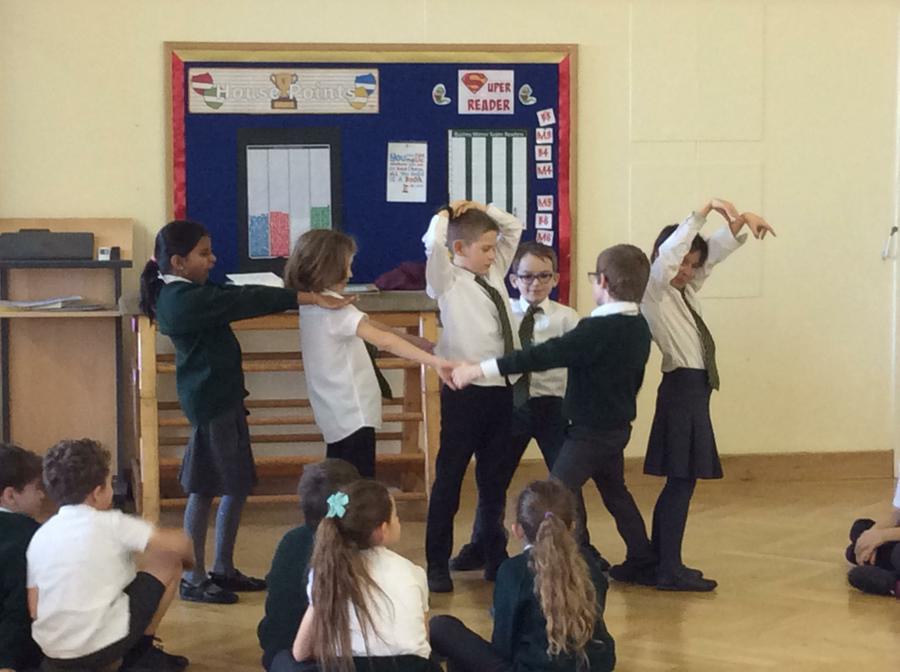 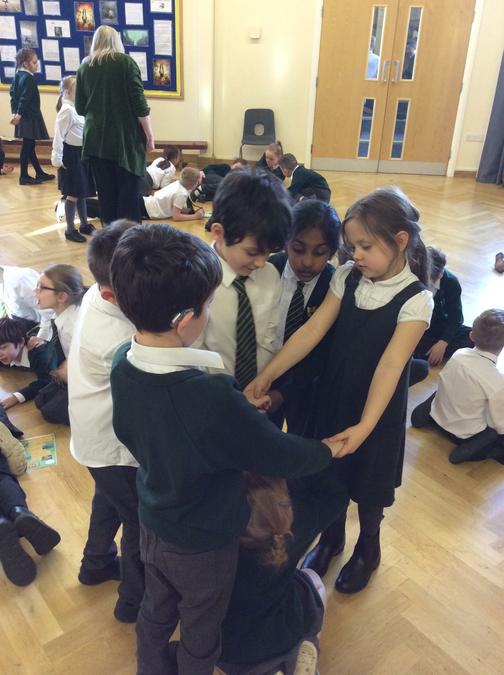 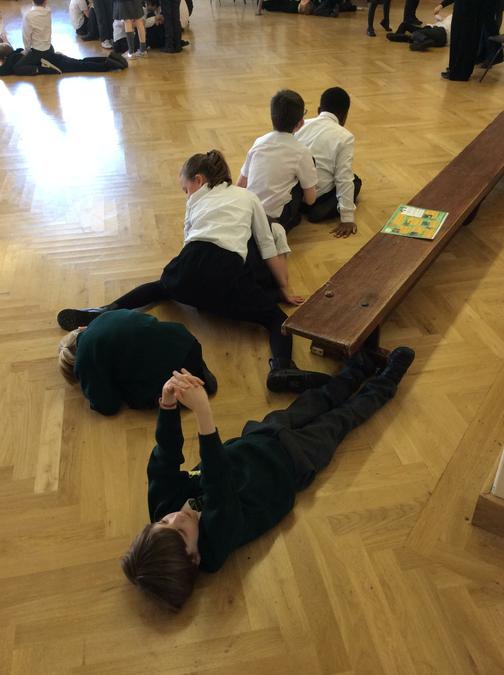 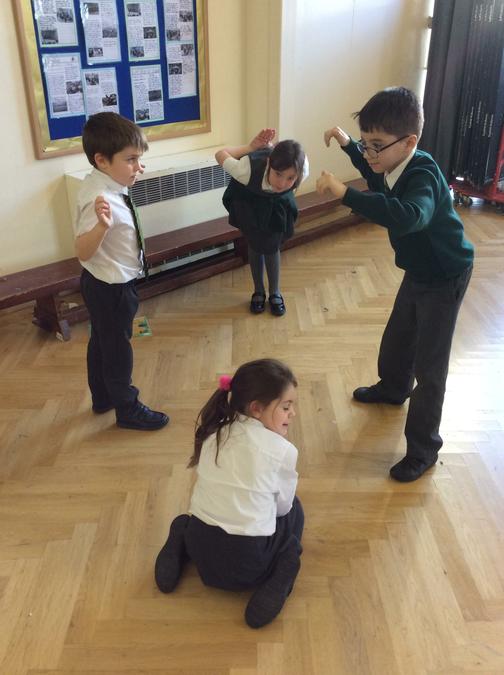 The majority of Monday was spent investigation catapults. We each made our own catapult using up to 12 jumbo lolly sticks, elastic bands, a plastic bottle top and glue dots. After construction was complete, we each tested them using a variety of pompoms as our projectiles. We measured how far each type of pompom travelled and recorded it a table. Later in the week, we went into the hall and had a class 'Catapult Off'! In groups of 4, we measured how far we could fire our best pompom, based on our previous tests. The overall winner was Nina, who went on to compete in the Y3 Catapult Off. See all our catapults in the slideshow below. 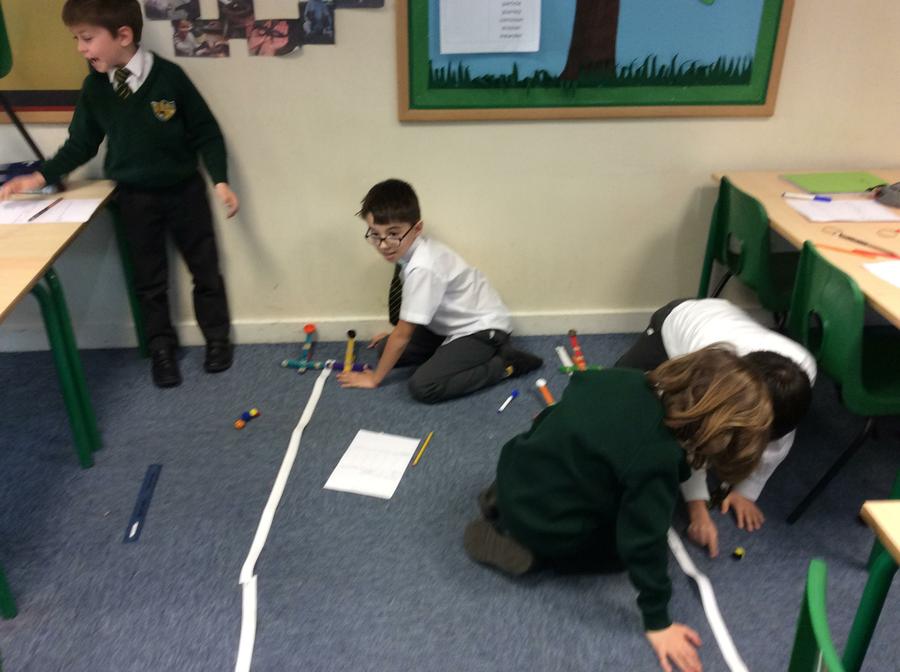 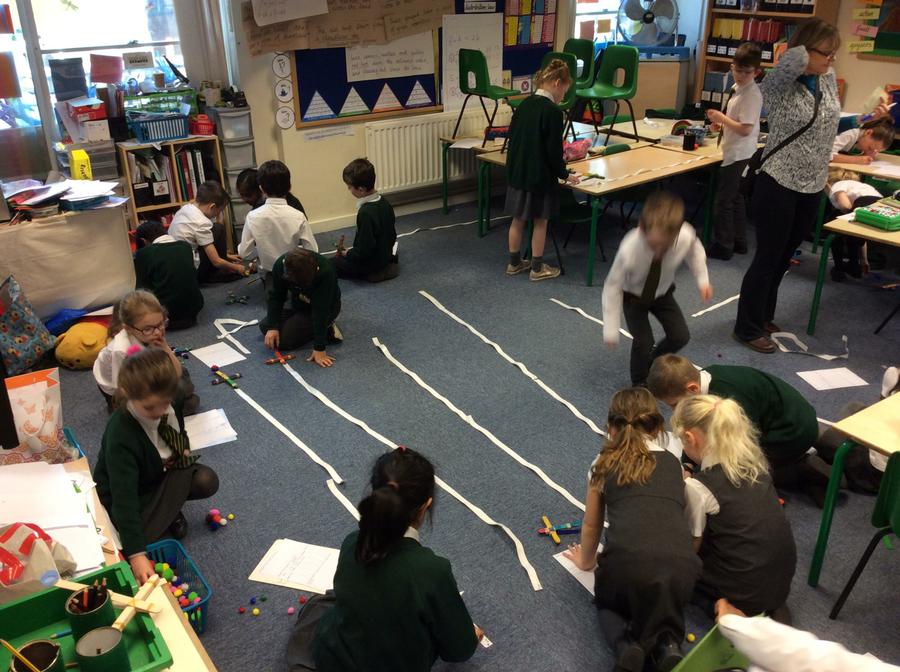 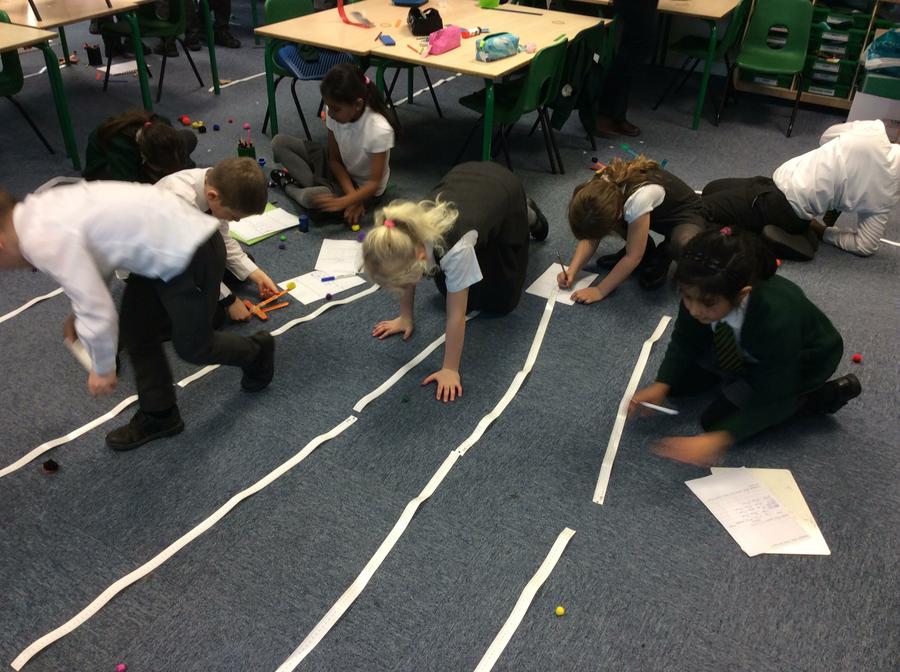 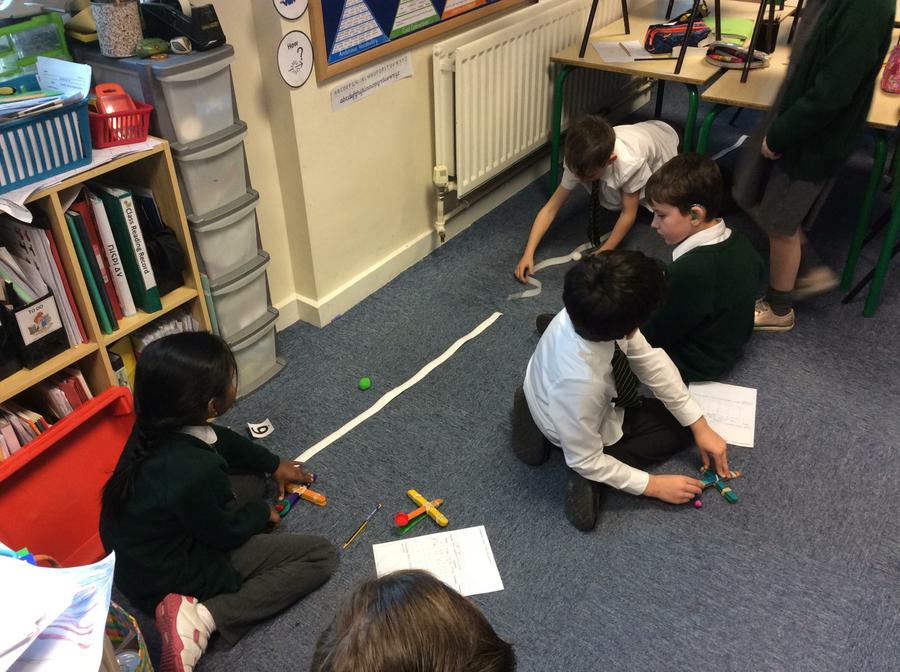 On Monday, we also started growing some cress. Mrs Lowden had cut out a stencil of ‘B3’. We laid kitchen roll in a drawer and poured water onto it. The stencil was placed over the top and we each took a turn to sprinkle the cress seeds in the gap. We were surprised how small the seeds were. We placed the tray near the window (light) above the radiator (heat). The following day some of the seeds had already begun to germinate; the roots appeared first. By Wednesday, shoots were also appearing and on Thursday we had small plants. We had to water them every day. Mrs Lowden has taken the tray home for the weekend to make sure the kitchen roll doesn’t dry out.

Hmm, I wonder which class grew this cress?

On Tuesday, we began our Light and Shadow topic by reading the book 'The King who Banned the Dark.' After hearing the story, we sorted a set of pictures into whether they were light sources or not.

Throughout the rest of the week, we carried out activities linked to light and shadows. We found out about

On Friday afternoon a few parents came in to hear about what we had been doing and to help with our investigation. Thanks to those parents who were able to attend. 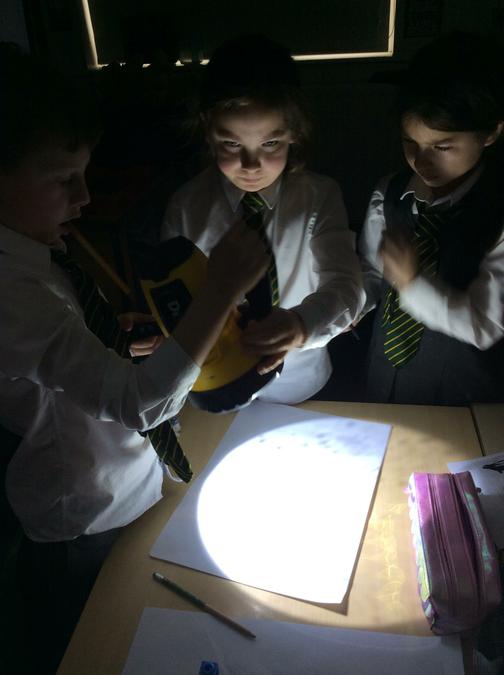 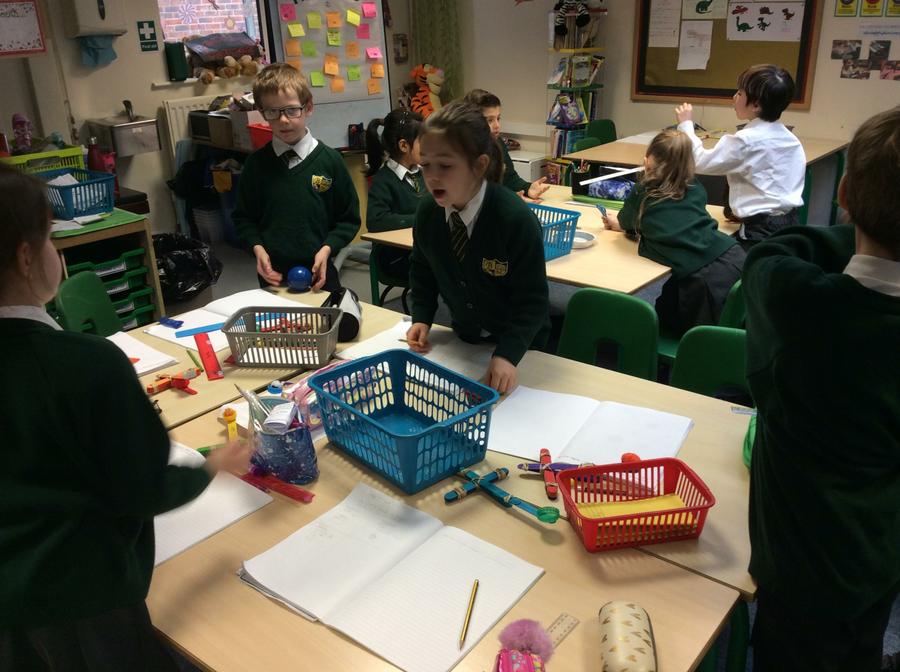 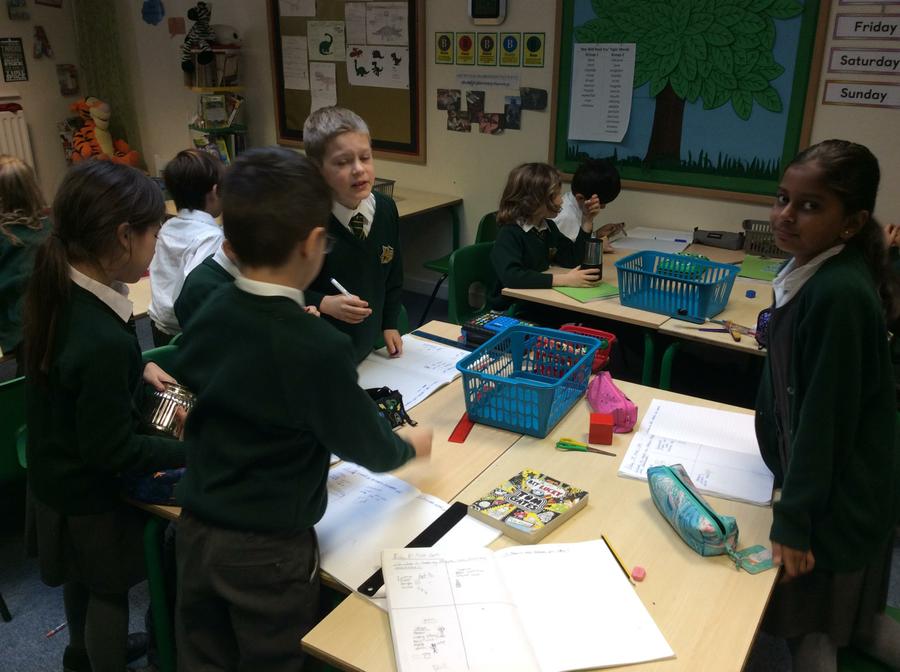 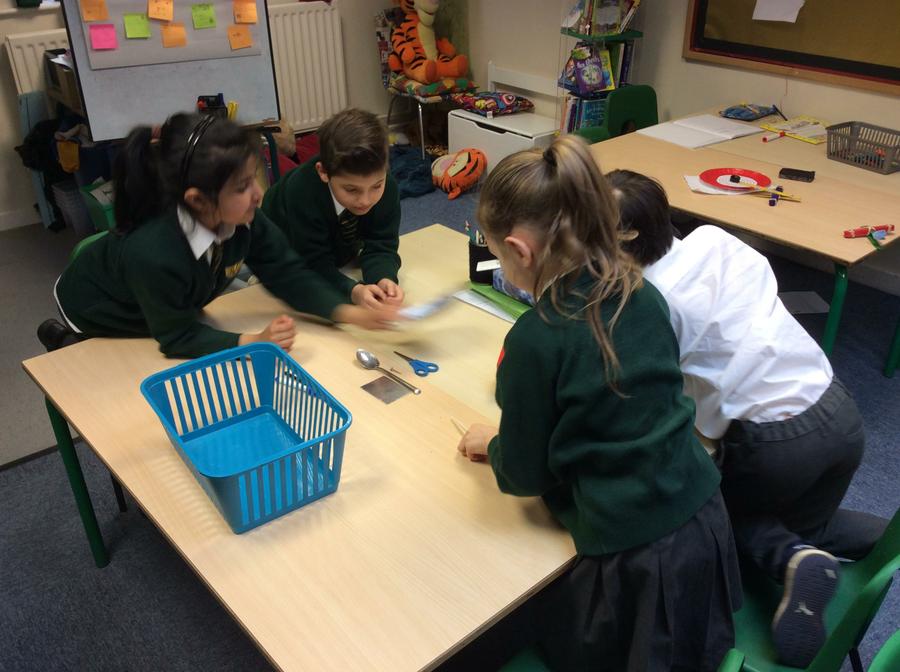 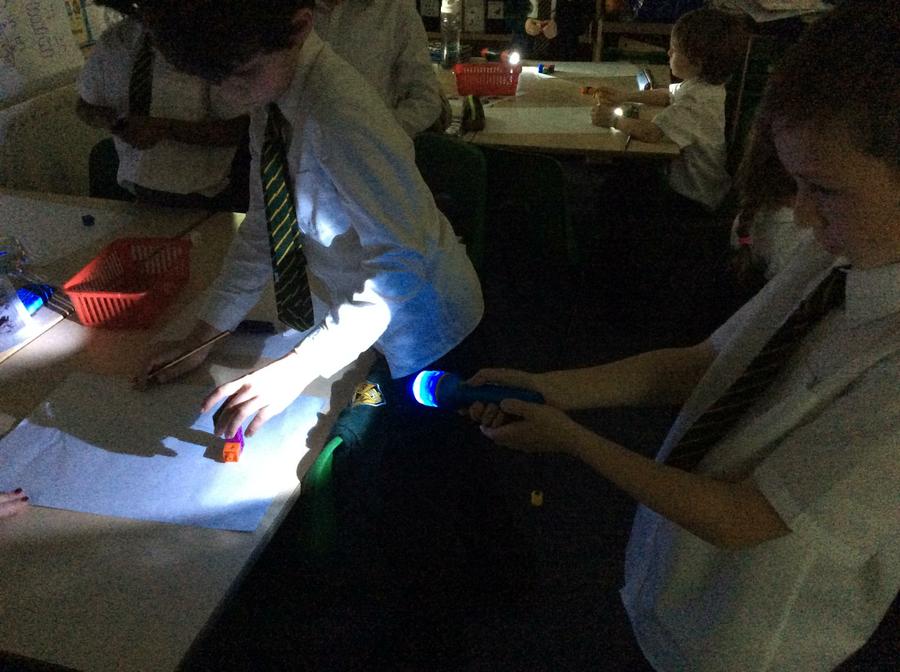 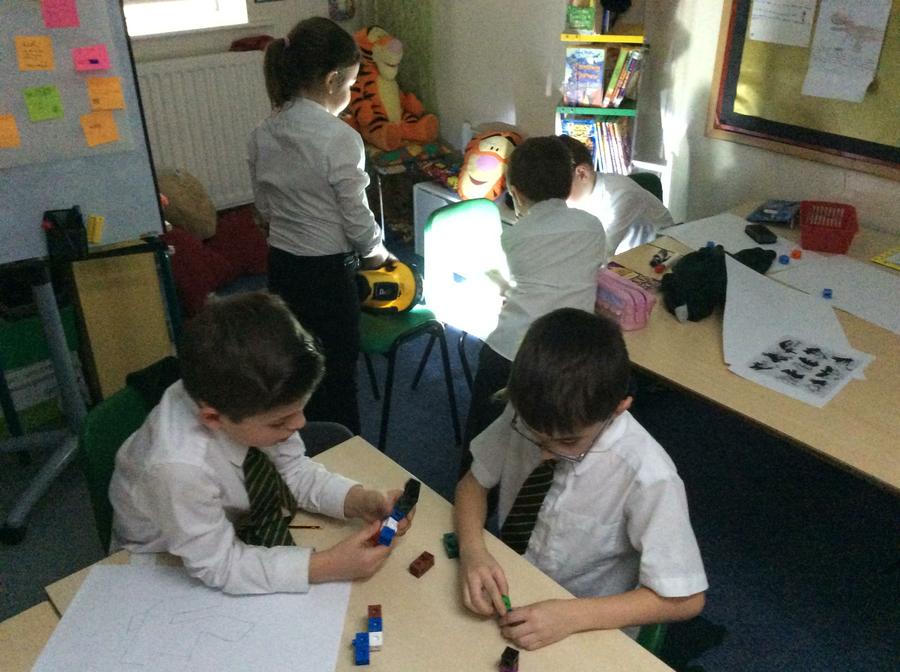 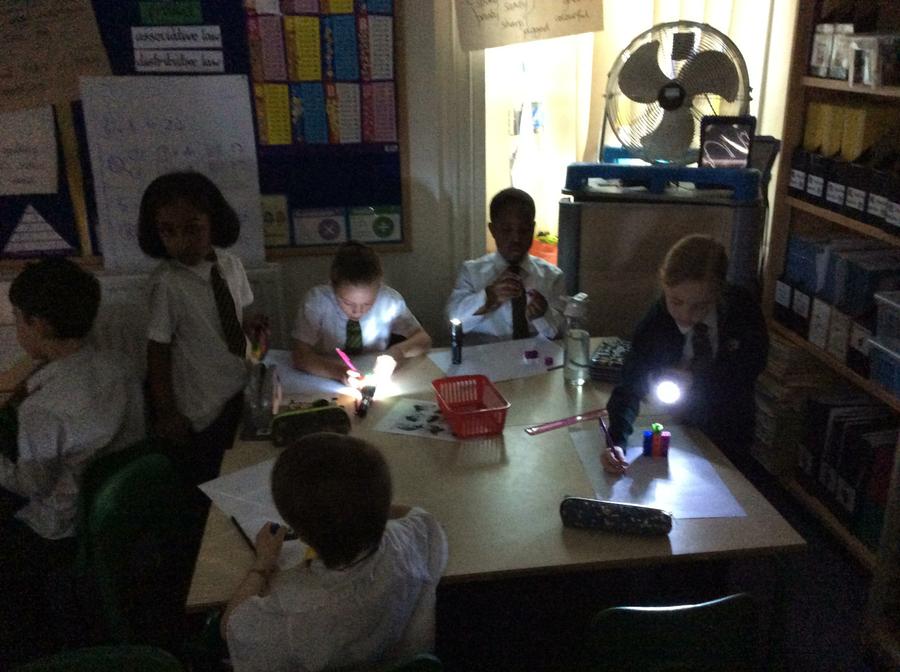 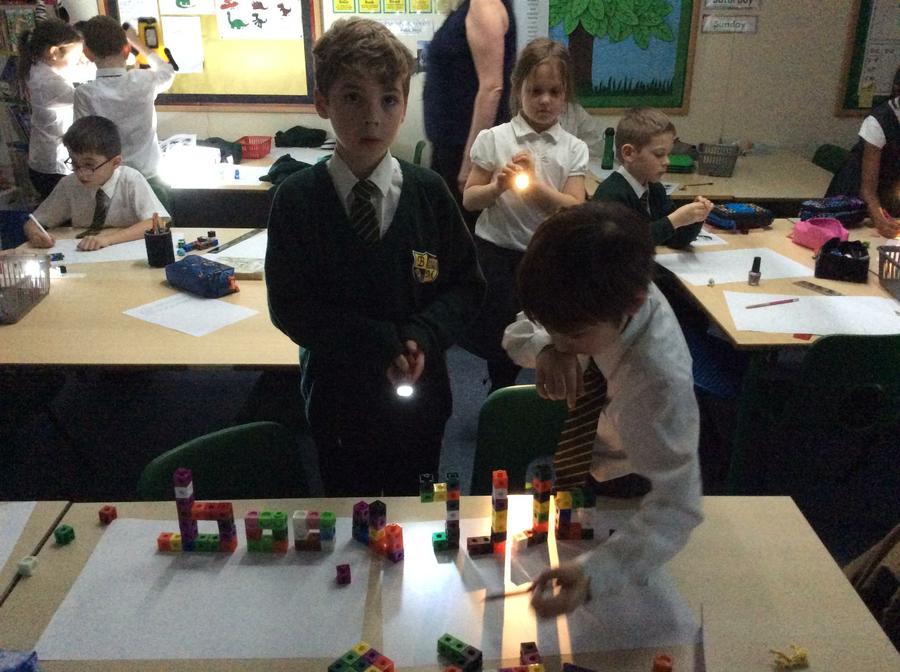 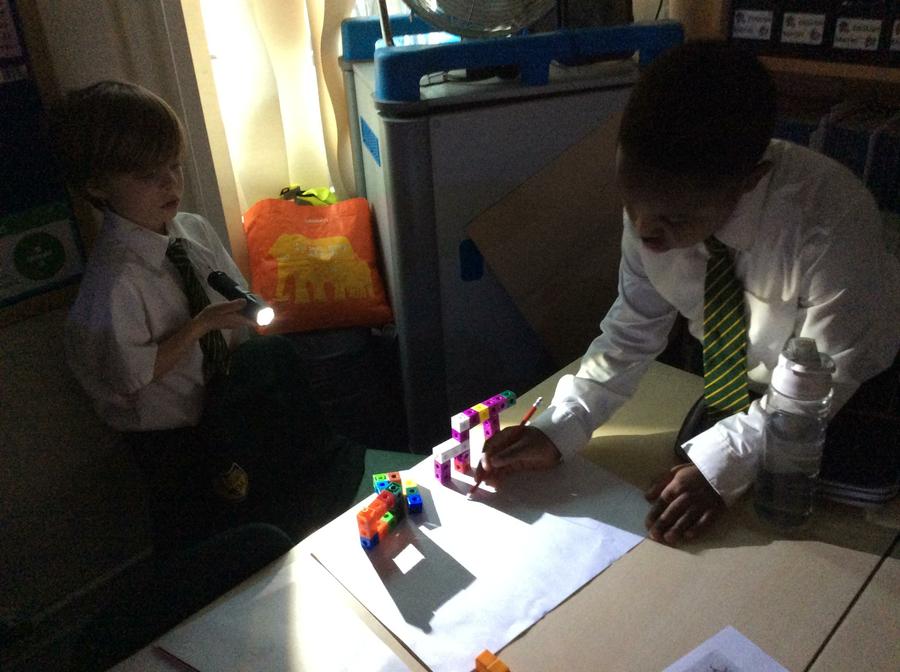 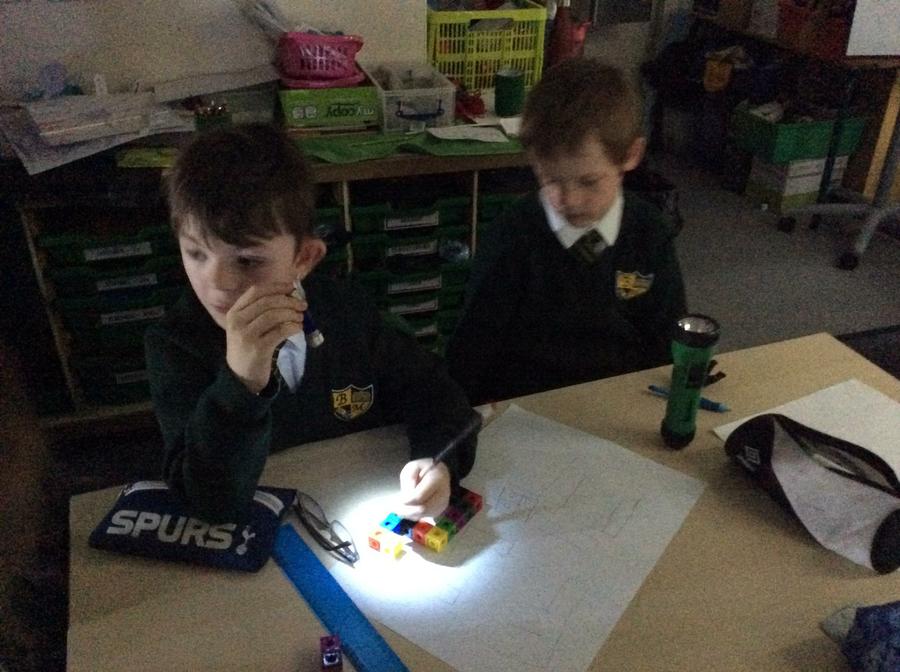 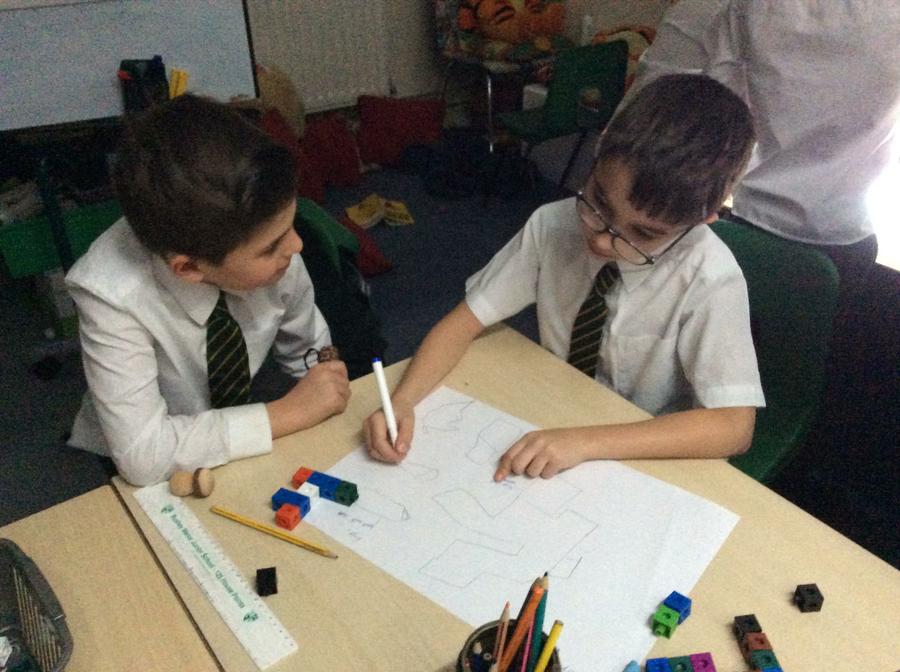 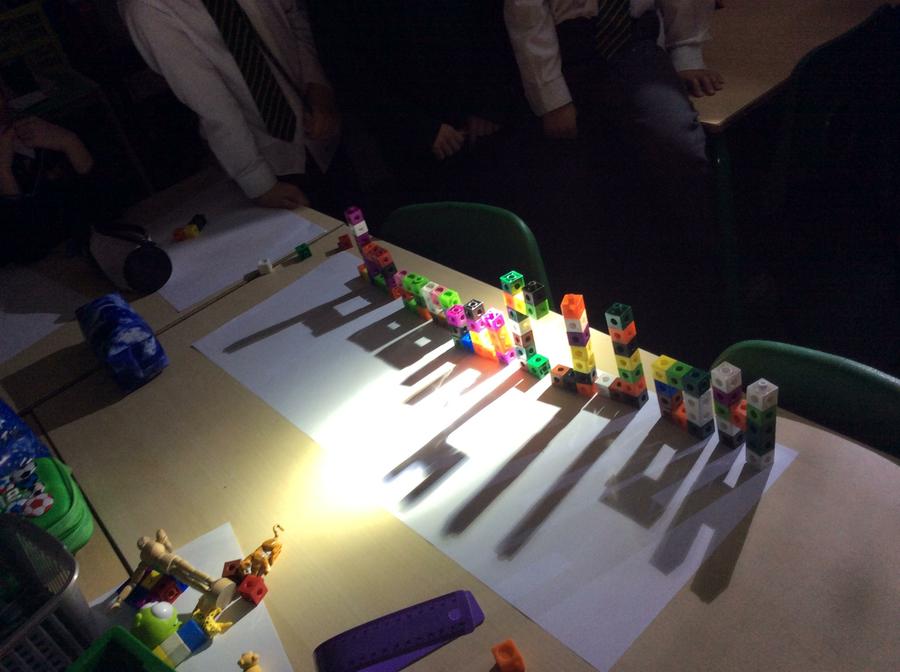 On Tuesday afternoon, we headed off towards the park to investigate forces. We played on the equipment and took note of forces, such as pushes, pulls, friction and gravity, in action.

This week, we also took part in two workshops with Year 5. Each class split in half and paired up with a group from the other year.

The Year 3 workshop, with Mrs Lowden, was using magnets to make a game. After brainstorming vocabulary and facts, we worked with our Year 5 partner to design, make, evaluate and play with our game. We made mazes, fishing and track games. Not only did we have to use our Science skills and knowledge, we also had to cooperate and use our teamwork skills. 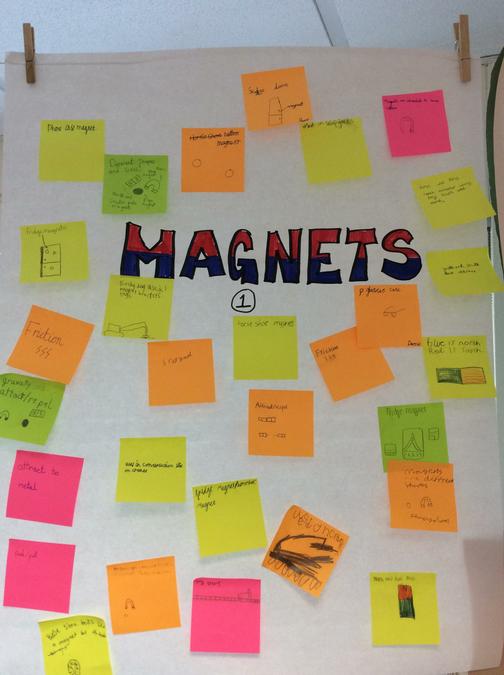 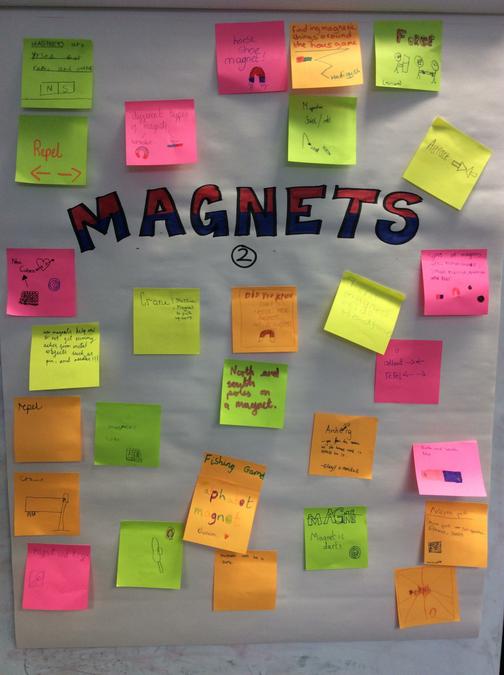 The Year 5 workshop, with Mrs Terry, was making air-propelled rockets. We watched a video clip of a real rocket launch and thought about which forces were acting on the rocket. Then, we made our own mini rockets. We changed one variable and investigated how this would affect how far it could travel.

The culmination of the week was a Science Week round-up, led by the fantastic Mrs Jardella! Each class shared what they had done over the week as well as taking part in the year group 'Catapult Off'. Mrs Jardella, ably assisted by Mr Freeman, then demonstrated a few more Science models and ideas. We saw a balloon and CD hovercraft, dancing grapes and an inflating, exploding rubber glove!

All in all we had a wonderful week being scientists. We love Science!!